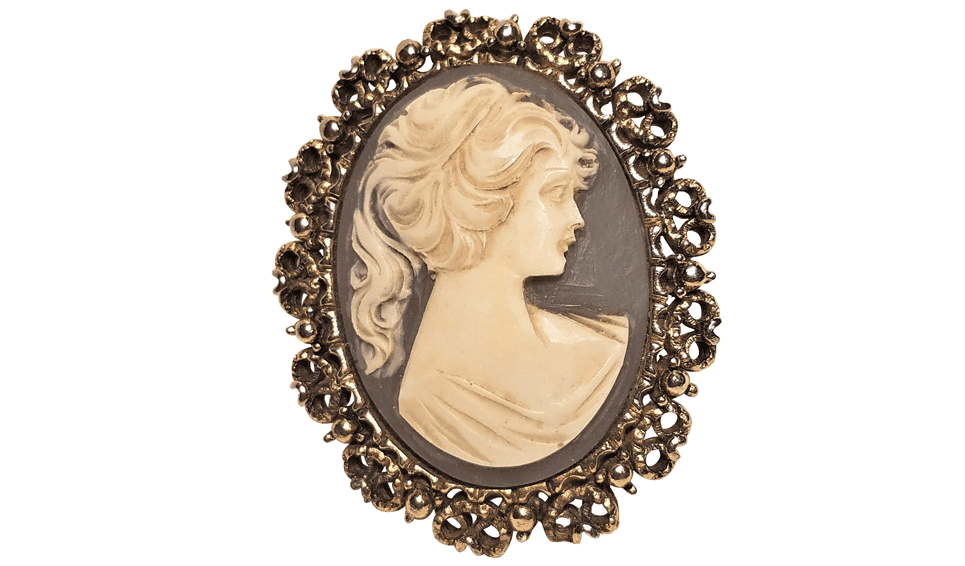 The earliest widespread use of shells for cameo carving was during the Renaissance, in the 15th and 16th centuries. Cameo jewellery are recognised by their common attributes – a woman’s profile carved out of a white shell placed against a coral background. Although this is now the standard design for vintage cameos, it certainly is not the only!

Cameo jewellery can be made from many different high-quality materials including coral, stone, bog oak, gutta-percha, ivory and shell. The most common design on antique cameos is the portrait. They historically exhibited a resemblance to a historical philosopher or another important individual up until the early 19th century when the design changed to a Roman woman wearing little to no jewellery. Religious and mythological figures were often featured among other motifs.

Cameos are treasured by many as a form of art. The first cameo was carved around 332 BC and we can see that people have been carving portraits into cameos as far back as 15,000 BC. Scenic cameos are one of the more valuable cameos. It is a popular motif including a cottage, a bridge and a girl. Modern cameos commonly consist of white on black, white on blue and white on a reddish-brown.

The world centre for cameo carving shells is Torre del Greco, Italy, which has been a major producer of coral and cameo jewellery and cameo broaches since the seventeenth century.

Here at Polished Diamonds, any design is possible – even Cameo Jewellery! If you want to start the process now, click here. 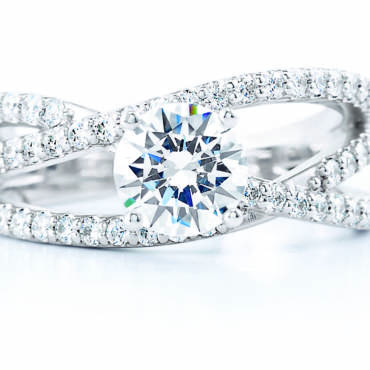 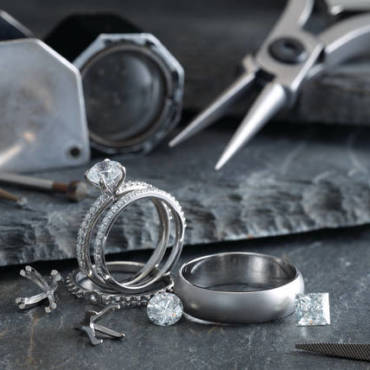