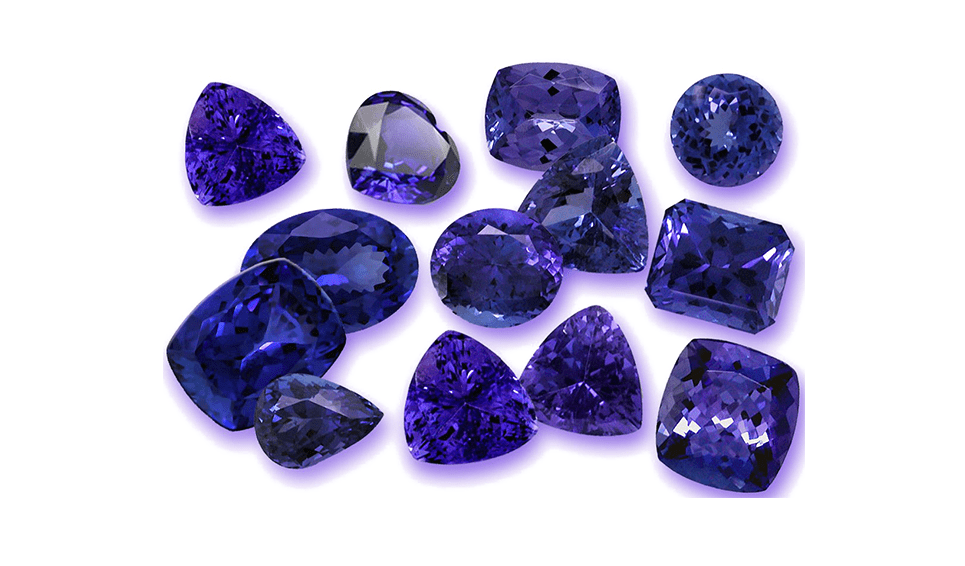 Found in just one place on earth, tanzanite is a relatively recent discovery and this blue variety of zoisite was named after Tanzania, the country where it was found, and can only be found.

Since Tanzanite can only be found in a 4-kilometre square area and that the top quality colours and sizes are becoming harder and harder to extract from the ground it is already very rare and becoming rarer. Tanzanite is now considered to be a thousand times rarer than Diamonds and its formation is so rare that it has been described as being ‘more astounding than the stone itself.’

The blue colour of tanzanite is caused by small amounts of vanadium within the zoisite mineral structure. It is heated to a temperature of 600 degrees Celsius for about 30 minutes and the oxidization causes the blue colour to become more vivid.

Tanzanite owes much of its beauty to an unusual gemological property called pleochroism – the ability to exhibit more than one colour. When viewed from different directions, tanzanite can look blue, violet, purple, bronze or even gray. The most common layers are blues and purples but red, green, yellow, or even orange are also possible.

Before rough tanzanite is cut, the gemstone cutter studies the crystal and decides which directional orientation will show the best colour, typically a pure blue tanzanite will try to be cut. Unfortunately, cutting to achieve a blue colour sacrifice a lot of weight and results in a smaller and more costly gem. However, the blue of well-cut tanzanite is so breathtaking that the sacrifice is worth it.

Tanzanite has been added as a birthstone for December, along with zircon, turquoise, and blue topaz. Tanzanite is also the gem for a 24th anniversary.

It is also said to have many mystical and healing powers. It uplifts and opens the heart. It is a gemstone that shows us a graceful, gracious way to live. It is said that people who wear it feel spiritual power pulling them up. It also encourages the wearer to help others because it helps them realize that their own individual truth is connected to eternal truths and the two would sustain each other.

Given Tanzanite has a similar hardness to emeralds, it is recommended that a soft cloth and warm soapy water is used to clean it in a gentle and controlled manner. It should never be cleaned with an ultrasonic or steam machine or brought into contact with any type of acids. Also avoid exposing your stone to sudden changes of temperature, including hot tubs and very cold water. This gemstone is a bit more delicate so should always be worn carefully.